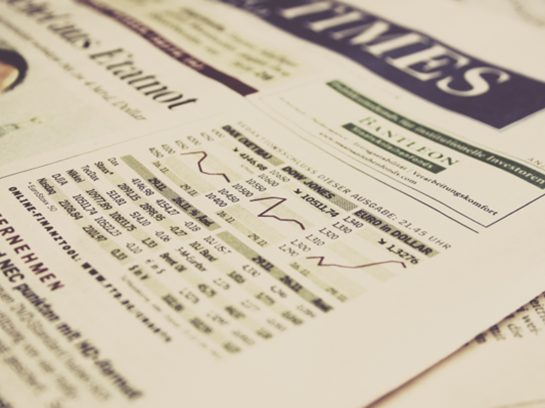 This year marks Axco’s second annual preview of the top risks that will affect businesses and investors in the year ahead. Although analysts never anticipate every headline that captures international attention, we aim to distil the significance of the most important developments that will inform decision-makers.

Conversely, we have also noted some of the red herrings which, although they will take up a lot of oxygen, will not affect the long-term global environment. These include fallout from a possible departure of Venezuela’s Nicholas Maduro, which would be borne primarily by neighbouring countries that have already absorbed the effects of the country’s economic collapse and exodus; the distribution of so-called “deep fake” machine learning generated videos targeting prominent politicians; and potentially violent destabilising elections in India and Nigeria.

We have identified three risks, in no particular order, which are the continuation of long-term trends that are reshaping the strategic landscape that has existed since the 1990s. These factors present economic, technological and geopolitical risks for the medium to long term.

But before we turn to them, let’s see how our Global Risk Intelligence and Data team’s predictions from last year panned out.

In 2018, we predicted that democratic deconsolidation would continue, with secondary effects hampering businesses in markets affected by haphazard regulatory changes and domestic polarisation. Emerging markets witnessed a few breakthroughs for democrats, notably in Southeast Asia, where the opposition won Malaysia’s general elections. But over the course of the year, our baseline forecast was confirmed as the political classes in established democracies, like the US and UK, botched credibility crises of their own making. Britain is struggling to implement Brexit in the face of parliamentary and diplomatic stalemates as a sharp divide opens between the executive and members of parliament over the way forward.

Across the pond, the US initiated its longest government shutdown in history in December, and the president has suggested invoking emergency powers to build a budget-busting wall that most Americans do not want. Meanwhile, delayed welfare payments and cancelled public sector paychecks threaten civil unrest and imperil basic services like food safety and travel security. Businesses will have to absorb the effects of late tax refunds and public transfers, underscoring the risks of democratic dysfunction for the private sector.

We suggested that the growth in cyberattacks would be a top risk. There was a sharp increase in the number, scale and severity of data breaches and cyberattacks, extending a progressive trend of recent years. Many multinational companies suffered reputational damage, most notably Marriott hotels, who revealed that over half a billion customers had been exposed.

Beyond the risk of identity fraud and financial losses, state-sponsored cyberattacks exacerbated a series of geopolitical tensions, prompting the US to remove institutional safeguards on cyber operations and adopt an aggressive doctrine, increasing the risk of escalation and miscalculation. Sabotage of critical infrastructure was not as prominent as we feared, although the sharp increase in publicly disclosed state-sponsored cyberattacks included alleged attempts to infiltrate German and US power grids.

China Asserts Itself as the US Withdraws

We predicted that the pursuit of “America First” policies in the US would leave the stage free for China to assert itself across a range of regional and global issues.

In some instances, these would have occurred anyway through the steady advance of investment, infrastructure and trade links through China’s Belt and Road initiative, as well as an increase in pressure on Taiwan. But there were also significant Chinese moves as a result of the US shift to a transactional isolationist agenda, notably the arrest of Canadian nationals in response to Canada’s arrest of Huawei finance chief Meng Wanzhou. China also imposed retaliatory sanctions on USD 106bn worth of US imports.

There have also been breakthroughs for China in regional economic integration. After the US withdrew from the Trans-Pacific Trade Partnership (TPP) in 2017, the deal was succeeded by the Comprehensive and Progressive Agreement for Trans-Pacific Partnership (CPTPP) in March 2018, which is seen as less damaging to Chinese interests. Separately, China lobbied for a rival Regional Comprehensive Economic Partnership (RCEP) agreement, due to be completed in 2019.

From Cyber Risk to Tech Risk

In 2019, we expect the rate of cybersecurity breaches to accelerate, underpinned by new threats from emerging technologies. The digital economy is evolving faster than regulators can pass legislation and build capacity to police its participants.

Several incidents last year served as a prelude to these challenges, displaying the limited ability of authorities to address the asymmetric threats posed by new tools. A mysterious drone at Gatwick airport cancelled or diverted over 1,000 flights; Venezuela’s dubious state-backed cryptocurrency attracted US sanctions; and regulatory actions against Chinese-made 5G systems spilt into supply chains, trade tensions and hostage diplomacy. Cybersecurity experts have warned of artificial intelligence powering more sophisticated attacks, the targeting of cloud datacentres and the weaponization of the Internet of Things. Although governments and nation-states will seek to leverage recent innovations for their own military, economic and political goals, non-state actors are poised to exploit the ever-increasing range of available technologies too.

Intense regulatory focus on data privacy and security is unlikely to deter the deployment of more exotic and sophisticated threats, as businesses already struggle to contend with the existing cyber-risk landscape.

This year Russia will make significant gains in its campaign against the post-Cold War order as US security guarantees fray, creating instability for businesses in Eastern Europe and the post-Soviet space.

Depressed energy prices and the resurgence of the Taliban in Afghanistan will push the Central Asian republics of Turkmenistan and Uzbekistan towards greater dependence on Russia. The Kremlin is also certain to intervene in Ukraine’s presidential and parliamentary elections in order to boost pro-Russian parties and weaken President Petro Poroshenko, likely favouring Yulia Tymoshenko.

In the Middle East, Donald Trump’s decision to remove US troops from Syria, as well as the continuing Russo-Turkish detente, will leave Russia as the dominant foreign power involved in the conflict. Likewise, the US withdrawal from the Joint Comprehensive Plan of Action (JCPOA) with Iran will create new opportunities for Russia to develop energy and security relationships in the Persian Gulf.

Finally, following the Sino-Russian Vostok-2018 military drills, Russia appears to have overcome its longstanding fear of an assertive, expansionist China, exporting high-tech second-generation weaponry to Beijing for the first time. Their economic relationship will deepen in tandem with bilateral trade links and continued construction of the East Route gas pipeline. The latter is due for completion in 2020 and will move 38bn cubic meters of gas per year to China, bolstering Russia’s export earnings.

On a global level, a series of electoral wins for populist leaders in faltering democracies will hasten the disintegration of the post-war liberal order. This order will be countered by the emergence of nationalist alliances, bringing together surprising allies, such as Israel’s Binyamin Netanyahu and Hungary’s Viktor Orban, who employs anti-Semitic messages to target his domestic opponents.  Elsewhere in Europe, Italy and Poland have heralded a “European Spring” to challenge the Franco-German liberal axis, aiming to return to a romanticised golden age of Christian democracy. In Brazil, Jair Bolsonaro has been elected president after promising “to take the country back fifty years”, harkening to a time when the country was under a dictatorship. His inauguration was celebrated by US President Trump.

The rise of an international populist vanguard will undermine the multilateral institutions that set governing norms across borders, as seen in challenges to initiatives such as the Iran deal and the Paris climate agreement. The list of safe havens for investors, companies and democrats will shrink, accruing benefits to countries that are still considered stable. These will host hubs for innovation, concentrating wealth and deepening populist discontent in the markets that have been left behind.