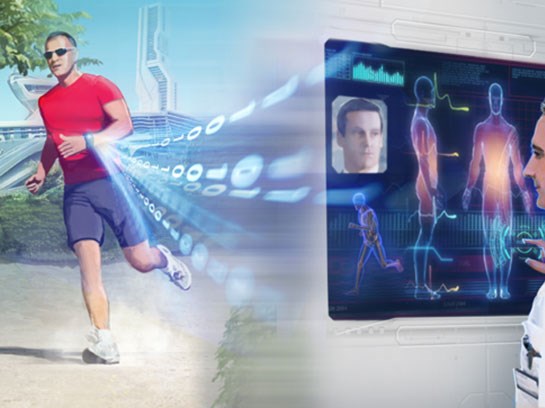 The insurance industry is trying to sharpen up the way it does business. Increasing ranges of policies are looking to use data to improve their risks and consequently, to improve their pricing and customer service. Prime examples are black boxes in motor insurance, which have been around for over a decade. Black boxes aim to offer young drivers, in particular, a fairer premium rate based on their actual driving habits. In doing so, black boxes have influenced policyholder behaviour, creating a wave of consciously safer drivers.

Life and health insurance policies are also starting to use telematics. For these companies, the 'black box' is in the form of a health and activity monitor worn on the wrist.

What is the impact on the customer's behaviour and the insurer from these efforts to redefine risk costs by the industry?

Since black boxes have been around for the longest time and have the most historical data, it's worth starting this analysis with them. It is common knowledge that mortality tables demonstrate an 'accident hump' for young male drivers. The insurance industry has, for a long time, heavily rated 17- 19-year-old males because of this, tailing off until around age 25. Of course, not all young male drivers are speed-freaks trying to show themselves as alpha males. The challenge for the insurance industry has been to try and find a way to distinguish between the boy racer and the responsible driver. This challenge led to the creation of a black box that monitored the driving of the car. Today, four out of five young drivers opt to have a black box in their vehicle.

Since the black box's introduction, insurers have refined their rates with the responsible driver benefitting at the expense of the irresponsible driver. However, the success doesn't end there. UK data collected between 2011 and 2017 shows that, despite the number of vehicles on the road increasing by some 10%, the number of 17-19-year-olds seriously injured or killed dropped by around 35%. Of course, other factors may be influencing this drop, such as better car technology, better roads, more awareness of the risk among other determinants. Still, it is interesting to note that the overall number irrespective of age only dropped by 16% over this period. These statistics could show that the effort by insurers to improve their risk profiling is helping save lives by shaping behaviour. How could this translate to other lines of business?

Health insurance is also undergoing a revolution with its version of the black box. Vitality, for example, is using technology to risk profile and rate it's policyholders as well as trying to shape their behaviour. By wearing one of their approved suppliers' monitors on your wrist data is collected on your activities. It's not only the number of steps you take in any given day but also measures of your sleep, heart rate and the number of calories you have burned. The accuracy of the measurements is questionable but broadly speaking it will give a view of how active or not an individual is and, perhaps more importantly, encourage their behaviour to become more healthy by awarding points for a healthy routine.

Incentives such as free cinema tickets and coffee are amongst the benefits, also including discounts on health-promoting items such as sportswear, bicycles and more. Health awareness discounts are also on offer to encourage the policyholder to be aware of their current state of health and, hopefully, to improve the same. Perhaps the most direct benefit is a discount on renewal premiums for policyholders that earn enough points.

Life assurance is the new kid on the block when it comes to shaping behaviour or offering premium reductions for existing policyholders. With its strong historical actuarial foundations, life assurance has long been at the forefront of discerning risk through select lives, detailed underwriting and even family history. When it comes to offering premium discounts to existing policyholders, however, life business has the disadvantage that it is usually a longer-term promise than the likes of motor and health business.

Once the insurer has assessed the risk, and the customer has accepted the terms, the policy can last until death does them part, on the same conditions as the outset. Vitality is trying to change that. Having started as a health insurer, Vitality is adopting health insurance's annually reviewable premiums modus operandi to much of its life business. Both in the UK and the US, policyholders can sign up to a plan where the price changes each year according to age and the number of points you earn for healthy living. Possible premium discounts can be "up to 15%". As with their health insurance, savings and free incentives are available.

Interestingly, John Hancock, a large, established North American life insurer that has partnered with Vitality, is now moving all it's policyholders to a "lite" version of the Vitality plan with the option of taking out the full policy with enhanced perks. The objective seems to be to change behaviour as there doesn't appear to be much consternation, despite the take-up rate to the full version not being very high as yet. There are also claims that Vitality policyholders worldwide tend to live between 13 to 21 years longer than the rest of the insured population, suggesting there is a significant select lives dividend the insurer will eventually enjoy.

There appear to be some clear arguments in favour of insurers shaping behaviour through their policies. Cheaper premiums, fewer accidents and longer lives should be attractive benefits to persuade most customers but, just in case you need more, free cinema tickets and coffees plus discounts from a range of retailers may make the deal seem irresistible. For insurers, attracting lives that want to be healthy is a good start. Moreover, it's so much better when they are encouraged to be healthy even after they've taken out your policy. The risk profile and potential claims costs benefits seem to be huge.

The situation seems to be a win-win, but it may not be as good as it looks. It is possible that at some stage, policyholders will become tired of having to jump through hoops to get points. That discount on your premiums may be a loading on your premium that's just waiting to happen as soon as you slow down.

It's also worth considering the current climate with scandals about the way 'friendly' tech companies are using personal data. Is there a potential risk that at some stage insurers may start selling people's data on their activities, shopping habits and preferences for free perks? GDPR may not be a protective shield if the policyholder has consented to their data being used to access perks of the policy.

There is also a broader issue at stake. Spreading risk is one of the essential functions of insurance. If those healthy people choose to cut themselves away from the herd, will those that can't meet targets due to physical or mental difficulties eventually end up with unaffordable premiums without their healthy fellow citizens offsetting some of the insurer's costs? This circumstance happens to some extent in insurance through underwriting, but there is still some offset between the best and worst risks. If insurers see significant select risk dividends, and we assume they want to maximise that dividend as much as possible, the spread of risk could seriously narrow. Many people will argue that such cherry-picking is a right and a benefit. Many will say that cherry-picking doesn't matter at all and is a part of life, but they generally tend to be the ones benefitting from being the best cherries.

Despite the concerns, progress in life and health insurance as well as in other lines of business has to be welcome. The impact of defining risk through identifying and encouraging good behaviour seems to be resulting in significant yet ancillary benefits for policyholders, such as lower accidents and healthier lives. The dangers of point fatigue may well happen, but if you live a healthy lifestyle or get used to one after encouragement, why not pick up some perks along the way? There must be a management of the downsides at some stage – the risk of data abuse and protecting vulnerable lives are just two we have identified. While those risks are probably a long way away, it would be wise to bear them in mind as the industry develops.