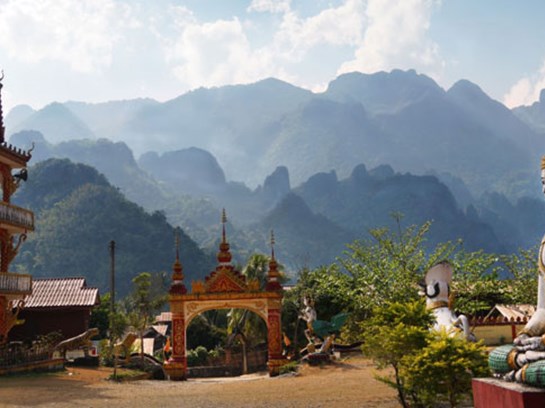 Laos is laying the foundations for positive insurance market developments over the next decade. The reorientation of its foreign policy to encourage integration with regional neighbours means that Laos is actively priming itself for future growth. With strong ties to neighbouring countries such as Vietnam, a rapidly developing market itself with a similar non-life insurance penetration, Laos is positioned to be a potential prospect in a region that insurers are keen to explore.

The government of Laos is pursuing an expansionist strategy for the insurance market and encouraging new participants (including foreign investors) in significant numbers compared to the past. At the end of 2014, there were 7 licensed insurers in the market and, if all license applications are ultimately granted, this number will more than triple to at least 24 in 2018. Due to its limited exposure to the global economy, Laos also managed to maintain high levels of economic growth during the global financial crisis in 2008. Laos' strong growth amongst its Asian neighbours, the main markets for its products, give it a positive outlook in the near future.

According to the Axco Insurance Market Report for Laos, a cautious economic reform, backed by the World Bank and IMF, has led to growth rates on average of 7% per annum in the last decade. Real GDP is expected to expand by 6.88% in 2018. Furthermore, official statistics from the Insurance Management Authority (the local regulator) show that growth in the non-life insurance market was 29.91% in 2016 compared to the previous year, showing promising signs for the future.

Although the country has a relatively small population (projected to reach 7.16 million in 2018), it is proving to be an increasingly attractive destination for insurance companies and groups in Asian countries, especially the neighbouring countries of China, Thailand and Vietnam. Such insurers are interested in the general increased personal, commercial and industrial insurance penetration prospects and, in some cases, in providing insurance support for an associated commercial or industrial group operating or proposing to operate in Laos in, for instance, one or more major construction projects.

Government policy has also contributed to high growth rates in recent years while simultaneously aiming to manage inflation to avoid price spikes. Laos operates as a one-party state, under the Lao People's Revolutionary Party (LPRP). However, a change in internal party leadership in 2016 represented a paradigm shift towards expansionism and reform, concurrent with the extension of Laos' insurance market to foreign investors. Recent government action has also laid foundations for a more structured insurance market. The regulator confirmed in 2017 that the National Bureau of Insurance has been established and started operations. Additionally, in October 2017, the country's first Insurance Association was formed. The creation of these bodies is a sign of more formal market infrastructure, encouragement for future growth.

Laotian foreign relations are centred on promoting regional integration while maintaining traditionally close links with China and Vietnam. In its effort to continue developing its economy through foreign investment, Laos promotes non-interference and co-operation. Laos also has established links with Myanmar, an insurance market showing promise itself. The beneficial tailwinds from the Asian region should encourage insurance market development in Laos.

Laos is projected to experience resilient growth in the coming years, buoyed by large investment projects and deepening regional integration following membership in the World Trade Organization in February 2013 and the Association of South-East Asian Nations (ASEAN) Economic Community (AEC) in December 2015. These projects display Laos' intention to further interact with regional partners and develop its own economy as a result. Major infrastructure investments in such projects as the Laos-China railway, the Nam Negum hydroelectric dam, the Don Hagon dam and the USD 3.5bn Sayaboury dam develop national insurable assets and entrench foreign relations as most of these initiatives are Chinese-financed. One of Laos' compulsory insurances covers motor transit transportation operators and road transport transit vehicles whenever they cross the Laos border from or to one or several countries in the ASEAN region. As infrastructural trade routes develop, this insurance will become far more prevalent.

Laos is also heavily developing its hydroelectricity potential and has ambitions to become the "battery of South-East Asia". It is the biggest energy exporter in the region, the majority of which is consumed by Thailand. The development of the three aforementioned hydroelectric dams on the Mekong River would allow Laos to dramatically increase export levels, although there has been opposition to the projects for fear that the adverse effects of the dams would cause downriver would have negative consequences for industries such as agriculture and fishing in neighbouring countries.

It is undeniable that the development of Laos' insurance market faces significant issues. Laos is a very poor country and remains reliant on international aid; the World Bank reports that 22.7% of Laos' population live on less than USD 1.90 per day, below the rate of purchasing power parity (PPP) set by the UN. Furthermore, reports of corruption in 2014 suggested that USD 586mn had gone missing through a series of schemes involving infrastructure projects, contributing to the ranking of 135 out of 180 in the 2018 Transparency International's Corruption Perceptions Index. This issue could, however, be addressed and regulated by the newly-formed insurance bodies mentioned in the 'Politics and Economy' section. Most importantly, currently, non-admitted insurance is only permitted for marine and cargo handling, but foreign companies, such as Allianz, have established 100% local bases and are able to operate within the country. With the institutional liberalisation of the market, this policy could change in the future and there may be wider permissions for insurers. This may also raise the question of whether the market can withstand the pressure of new introductions.

The future promises potential growth for Laos as it continues to become more accessible to foreign investment. Of course, it will take time to develop, but with the right foundations in place, the market can build and learn from its fellow emerging regional neighbours. The multifaceted approach to development may also be costly but in order to prepare for the future, it may be beneficial to continue on the path of growth that Laos has been already treading. As always, Axco will follow the developments of the market as it continues to emerge. To find out more, refer to Axco's Insurance Market Report for Laos, explore the country's finances in Global Statistics and stay up-to-date with any of the latest developments with Regulatory Alerts.