Home
//
Thought Leadership
//
From Brazil to Brunei: The Effect of Oil on the Insurance Industry 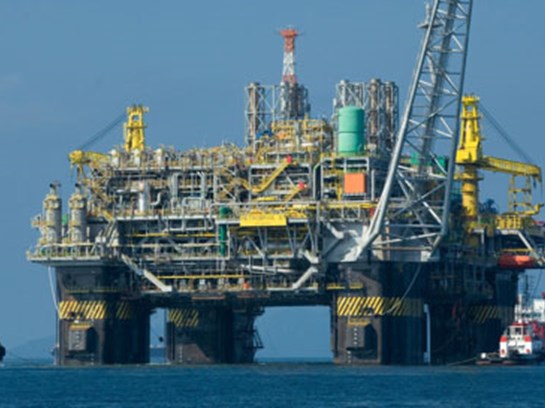 Brazil could be the next hotspot for the oil industry but Brunei is struggling. Axco examines recent events and the future of these two differing economies, as well as discussing the oil trends' effect on the insurance industry, including employee benefits.

In late October 2017, Brazil auctioned off six of its eight offshore, deep-water, pre-salt blocks, used to drill for crude oil. Three of these blocks were bought by Shell, two by BP and one by Exxon. Why are some of the world's largest oil companies betting so eagerly on making money in South America? The answer is simple; investment quality. The blocks not only offer huge untapped potential in terms of oil production but Brazil's developed internal infrastructure makes it an attractive opportunity for profit. The cumulative investment by the companies in the oil auction, estimated to be BRL 100 billion (USD 30.84 billion) and a further BRL 130 billion (USD 39.54 billion) in royalties, will dramatically boost the general economy of Brazil.

Brazil is the eighth largest energy consumer in the world and the tenth-largest producer. The country boasts positive geographical and economic export viabilities as well as a largely-skilled workforce. In February 2016, over 3.4 million people in major Brazilian metropolitan areas were recorded as employed in the 'industry, energy and utilities' sector. In terms of its insurance market, it is already by far the largest in Latin America and given the country's sizeable economy as well as its estimated population of over 200 million, there is tremendous potential across all classes as Brazil's insurance penetration is currently at only 2.13% as of 2016.

The Brazilian government is actively seeking foreign investment into the country's oil industry. The state-owned oil company, Petroleo Brasileiro SA (Petrobras), experienced a stock value fall of 23% annually at mid-year (2017) and a profit decline of 89% following revelations in 2014 of an estimated USD 3bn in irregular payments involving its senior staff and business and political leaders. In May 2015, the company announced that it could not fund new projects independently without going into debt, and called for approval of greater private investment as well as a 37% reduction in planned allocations. Journalist Irina Slav remains 'cautiously optimistic about the effect of Brazil's opening to foreign oil field operators in an economic and political respect' due to the country's instability. In November 2017, Fitch Ratings ranked Brazil's economy at 'BB' due to this instability. This shows that Brazil is not without its risks, but it will certainly be an interesting prospect for the future.

As these huge oil projects rise above the ocean and begin drilling, it is important to consider the placement of the workforce that will be responsible for maintaining them. Axco's recent Market Report for Brazil points out that pension indexes have risen, the minimum wage went up in January 2017 and that individual health plans have also been amended by the Brazilian government.

Brunei is experiencing converse economic momentum. According to Axco's statistics, the country's oil industry accounts for about two-thirds of its GDP and over 92% of government revenues. As of the end of 2016, Brunei possessed proven reserves of 1.1 billion barrels of crude oil and 11 trillion cubic feet (3.1 million cubic meters) of natural gas. Because of the fall in the price of oil since 2013, the economy has struggled, with 2016's growth in the gross domestic product being just 0.3% after three years of shrinkage. Between 2012 and 2016, per capita GDP reduced by 31%.

Local energy companies and their suppliers and contractors have reduced their activities and laid off staff meaning that many foreign workers have gone home to their respective countries. The government has also cut its investment programme, putting many projects on hold. These factors have had a knock-on effect on local companies, resulting in falling demand for risk mitigation, especially for property and workers' compensation, with a consequent effect on premiums. The immediate future price of oil will affect Brunei's non-life insurance and takaful industry greatly as more work moves out of the country and the outlook is not encouraging. As the country's oil and gas reserves are finite, Brunei's future prosperity will depend on its progress in diversifying its economy beyond energy production. This may mean more business will leave the country or perhaps an increase in large construction projects exploring other sources of energy - an interesting prospect for any insurer.

It is evident that these two economies are experiencing very different trajectories. Currently, oil is the catalyst for the respective rise and decline in economic performance and the strength of the insurance industry as a knock-on effect. To grow, it seems that both countries see industry diversification as the answer, but will that lead to success?

Find out more about these markets by using Axco's services, click here to view.