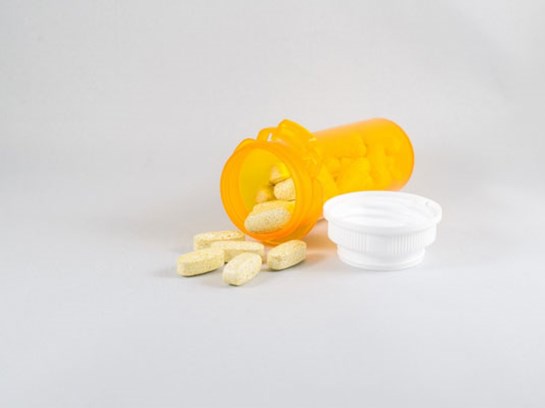 CVS Health Corp, one of the largest U.S. pharmacy benefits managers, has offered to buy Aetna Inc., the third-largest US health insurer, for a reported eye-watering $69bn (the deal awaits regulatory approval). Soon after that, McKesson Corp announced an agreement to purchase CVS' RxCrossroads, a specialty distribution, pharmacy and patient support services provider that came to CVS in 2015 when it acquired the parent company Omnicare. The speculation is that CVS is trying to emulate UnitedHealth Group which has a myriad of linked health service providers complementing its insurance offering within its subsidiaries. As large as the CVS-Aetna combination would be, it still would not be bigger or wider than UnitedHealth.

Other health groups are looking at partnerships, mergers, acquisitions or developing their own in-house services. Some of these deals are a reaction to CVS and Aetna, although others were already starting well before the announcement.

The question that arises is whether insurers combining with pharma behemoths is the best way to solve claims cost problems that beset the industry. Leaving aside potential competition minefields in this model, there is obviously an argument that creating a vertical chain makes for efficiency and improves profit generation. However, it goes deeper than that.

Profit generation in medical insurance often depends on claims control. Claims control in medical (and consequently, pricing and profit) is critical for a few reasons. Firstly, there is the claims phenomenon of 'medical inflation' which means costs rise year on year through a combination of increased usage (frequency) and cost per item to make overall medical claims costs rise faster than typical inflation. A simple solution for an insurer is to increase prices to avoid losses. However, as medical inflation tends to be much higher than any inflation increase that the policyholder's salary may have had, the relative cost of their cover will grow.

Secondly, health costs rise rapidly after a certain age as the incidence rates start to grow. Taking age increases into account, the growth of relative costs accelerates faster thus further increasing the risk of lapses. Policyholders who are claiming on their insurance will have to bear the cost and will see more value in their insurance. Healthy policyholders may consider switching insurers, downgrading or may become lost to the medical insurance market altogether. This will weaken the insurer's portfolio and necessitate a further increase in price to maintain solvency.

The insurer, therefore, must try to squeeze costs to maintain a reasonable increase in premium to keep its portfolio intact and profitable. The big-ticket costs such as surgery including theatre or anaesthetics do not make for the largest proportion of costs in a typical portfolio. Whilst it's important to negotiate good deals for higher costs, it's the little items that add up to a lot simply because of frequency. Amongst these 'small items,' there is the cost of initial consultations (which often will not lead to surgical treatment), tests and pharmacy.

Squeezing a hospital over its room rates can be a little like squeezing a balloon. The room rate may fractionally come down but the pharmaceutical costs may go up. Who wants to argue about an extra penny on an aspirin? How can you challenge a hospital that decides that once a bottle of aspirin has been opened to administer two tablets, they should throw the 'compromised' bottle away? So, the penny on aspirin may become 100 pennies on a bottle and effectively you're now paying an extra 50 pennies on every tablet dispensed.

Of course, the cost factors above are legal and, to some extent, one can see the logic behind the risk. However, there are countless other potential traps for the unwary insurer and his policyholder. One that has made headlines recently is the case of Insys Therapeutics Inc, a pharmaceutical company where the founder was charged with offering bribes to doctors for prescribing a potent opioid cancer medication to patients who did not have cancer.

A more legal, but nevertheless difficult, 'pill to swallow' is the phenomenon of opportunistic purchases of rights to established (but neglected) drugs that have become standard in treatment programmes. The purchase is sometimes followed by a swift increase in price that completely changes the cost structure for the user as well as the insurer. An example is Daraprim, acquired by Turing Pharmaceuticals in August 2015, where the price rocketed in September from $13.50 per tablet to $750 each. They are not alone with many more instances of this strategy being evident including a TB drug, Cycloserine, rising from $500 per bottle of 30 pills to $10,800 for the same bottle after its acquisition by Rodelis Therapeutics.

At this stage, the Chinese model whereby a catalogue of medicines covered by the public medical insurance fund are negotiated directly between the government and the pharmaceuticals may sound appealing. However, as with many aspects of claims or price control in medical insurance, one needs to be aware of the unintended consequences. Take, for example, the case of Mercapatopurinem, a medication used to treat cancer and autoimmune diseases. The price was fixed in the last negotiation with the government but the cost of raw materials increased significantly, leading to huge pressure on the profit margins for pharmaceuticals. Since the drug companies need the authorities' permission to stop or suspend production, they simply slowed production leading to acute shortages of the medicine and a plea from the government asking the pharmaceuticals to step up production.

Perhaps the logic of a vertical chain is starting to make sense but the lessons above show it could just become a case of taking from one profit centre to pay another. UnitedHealth seems to be managing the balancing act for now and no doubt CVS will learn from that. However, it is likely both will face more tests for this model as time passes. Both groups may be large enough to deal with many of the stress tests that will follow (and the rumours that Amazon has obtained a wholesale pharmacy license in at least 12 states could be stress). Smaller players may start finding themselves in a difficult position should the competitive landscape change resulting in less choice for the consumer.

Meanwhile, the transfer of this model to other markets apart from (essentially) the US is questionable. In the UK, for example, the FCA recently announced an inquiry into the medicinal products and medical biology sectors which will assess competition in the distribution chain for pharmaceuticals and an examination of price-fixing in medicines. The vertical model is a useful step to control cost spirals but perhaps a dose of the Chinese model of cost capping may be a useful permutation to protect smaller players until market forces, such as Amazon, can influence pricing.