Home
//
Thought Leadership
//
Carry on Shipping: Maritime Chokepoints after the Ever Given 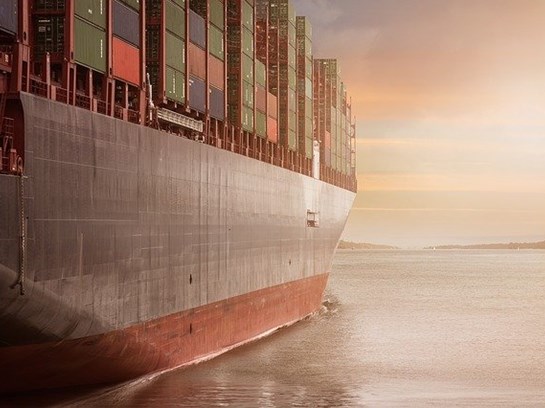 Shipping rarely makes front page news. But, for a short while in late March, dramatic scenes in the Suez Canal elevated the subject to the forefront of the public imagination. Industry analysts capitalised on the brief attention paid to maritime chokepoints and their vulnerability to disruptions, penning articles prophesying potential damage to supply chains if another incident arises.

To an extent, their warnings are warranted. The world remains heavily reliant on a small number of chokepoints for the flow of essential goods and commodities. A third of the world’s seaborne oil passes through the Straits of Hormuz, while the Bosporus facilitates the export of wheat from the Black Sea breadbasket to global markets. This makes disruption expensive; according to Lloyds, the grounding of the Ever Given inflicted costs of USD 400mn per hour.
The history of the Suez Canal best illustrates the volatility presented by maritime chokepoints. Climate and geopolitical factors have forced its closure five times, including an eight-year stint following the Six-Day War. It has faced threats from terrorism, although these are yet to materialise substantially. Elsewhere, drought intermittently disrupts the Panama Canal, while the Malacca Straits and the Bab El Mandeb remain blighted by piracy.

Suez, though, may be the exception that proves the rule: maritime chokepoints are less prone to closure than most accounts suggest. The majority of larger waterways, including the Danish Straits, Saint Lawrence Seaway and Dover Straits, are almost entirely free from insecurity and major climate risks. Narrow chokepoints, easily blocked by modern container ships, will always warrant concern. The Bosporus and Suez and Panama canals are less than 1km wide at their narrowest point. But, among them, only the Suez is subject to a unique conflation of geopolitical and climate risks that have previously forced prolonged shutdowns. By contrast, Panama is politically stable, while the Bosporus is largely shielded from adverse weather conditions. Canal Istanbul, approved by the Turkish government in March, may further mitigate that bottleneck.

There are other concerns: terrorists, for instance, have no systemic buy-in. Neither do pirates. While war may not close a seaway, transit through it may become less attractive – and more expensive. There is a more positive way to look at it though. Insurgent groups rarely possess the capacity to block wider waterways, while international coalitions have proven effective in combatting piracy operations. The economic costs of blockage ensure transit states and those at both ends of the trade are tied into mutual interests, and diplomatic pressure comes fast to bear on littoral states who fail to keep transit routes open. Fear of the repercussions, for instance, has so far kept Iran short of the oft-repeated threat of closing the Strait of Hormuz.

The importance of such chokepoints may even decline further. China’s Belt and Road Initiative looks set to channel more Asian-European trade toward overland routes through the construction and improvement of cross-continental road and rail links. Climate change is expected to open additional Northern Passage waterways, allowing ships to traverse previously unnavigable stretches of the Arctic and creating a new route to compete with chokepoints like Suez. There are issues with these routes, of course, but the more options there are, the less trade will be beholden to a single alternative.

The Suez’s heightened relevance as a bottleneck is a temporary aberration from trends suggesting that the confluence of economic interests keeps most maritime chokepoints relatively stable. Things may change, and it’s essential to keep monitoring the risks. Ultimately though, there is little justification for gloom just yet.