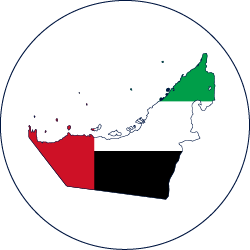 Information for the United Arab Emirates can be seen in:

Independence from Britain was gained in 1971 when the United Arab Emirates was formed. In 1981 the UAE joined Oman, Qatar, Saudi Arabia, Bahrain and Kuwait to form the Gulf Cooperation Council (GCC).

It should be noted that the sectors specifically affected in the UAE by the hardening trends in the reinsurance market are principally those where facultative reinsurance capacity is required.