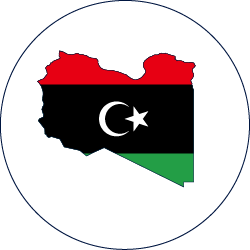 Information for Libya can be seen in:

Several of the major Mediterranean civilisations have ruled Libya, including the Greeks, the Phoenicians, the Romans, the Vandals and the Ottoman Empire. Colonised by Italy in the early 20th century and during World War 2 by the UK and France, Libya gained independence in 1951.

In 2011 a civil war took place overthrew the rule of Gaddafi, who had been in power since 1969.

The ongoing civil war has severely impacted the economy, as has falling global oil prices. The civil war has also made it difficult to determine the current size of the Libyan insurance market and how it is developing. The most recently available figures are for 2012, when non-life premiums were LYD 219.13mn (USD 155.41mn). Market sources indicate that the market has contracted since then, but insurance companies continue to operate as normally as they can.

It is noticeable that between 2015 to 2019,  several insurance companies sprung up, registered in Benghazi rather than Tripoli, and approved by the Eastern government.