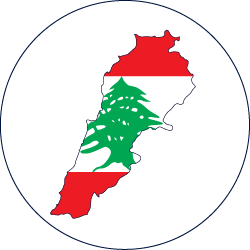 Information for Lebanon can be seen in:

According to the regulator non-life insurance market gross premium income (excluding PA and health business) increased by 5.60% in 2018 to LBP 622.27bn, but it is thought to be probable that in 2020 gross premium income may have reduced significantly due to the ongoing political and economic crisis, (which has caused a rumoured almost 50% of the population to fall below the poverty line).

There were 11 licensed non-life insurance companies, four licensed life insurers and 31 licensed composite insurers as at 31 August 2020. There were 530 insurance brokers of which 376 were companies and 154 individuals in 2018, controlling about 50& of the P&C market. Other channels of distribution are agents, company representatives and bancassurance.

In August 2020, a large explosion in Beirut Port devasted large parts of the city. The regulator posted a statement in December 2020 urging insurers to settle claims from the most vulnerable clients (that is small clients and those in need), without waiting for official confirmation of the cause of the incident. The regulator also asked insurers to pay part of the compensation in US dollars in order to be fair and transparent. The market is still awaiting confirmation of the cause of this loss because if it were to be ascertained that it was an act of terrorism or war, compensation would be limited to those with the appropriate political risk or war cover. The announcement implies that settlement of large claims arising from the explosion may still be some way off, pending the result of official investigations.