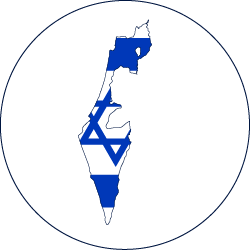 Information for Israel can be seen in:

Since its proclamation in 1948, Israel has succeeded in building a prosperous and liberal economy. At the same time, it has been involved in several bloody conflicts with neighbouring Arab countries. Israel has a diversified economy with a rapidly expanding high-tech sector. The economy is based on services and features growing industries in biotechnology and chemicals.

The Israeli insurance market (life and non-life combined) is the largest in the Middle East. In 2018 total life premium grew by 6.6% to ILS 35,963.3mn; in 2019, non-life business (including PA and healthcare), totalled ILS 32.01b. In 2020, there were 21 participants in the non-life market, including the state-owned entities. The five largest companies in the non-life market accounted for just over 70% of non-life premiums. Ten companies write life business.

The distribution of insurance is primarily in the hands of independent insurance agents and agencies. They transact both life and non-life business. Agents, including the major ones, have traditionally been privately owned, but local insurers and international broking groups have increasingly bought into these organisations.