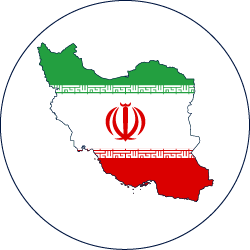 Information for Iran can be seen in:

Iranian insurance can be traced to 1911 when two Russian companies, Nededja and Kafkaz Mercury, established branches. The market today continues to be affected by sanctions which include restrictions or on insurance, reinsurance, financial services and marine activities.

The comparatively high growth rate of the insurance market reported by Bimeh Markazi for recent years must also be viewed in the light of the prevailing and ongoing economic environments, characterised by comparatively high rates of inflation and falling exchange rates, It is thought that the life reinsurance market has been less affected than the non-life market by Iran's isolation (partially because most life reinsurance capacity has historically been largely supplied internally within the market).