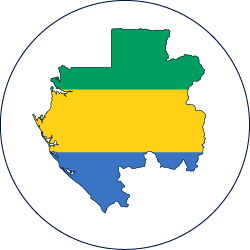 Information for Gabon can be seen in:

Gabon's name is thought to be derived from the Portuguese word "gabao", the name of a coat with a sleeve and a hood, which supposedly resembles the shape of the estuary of the Komo River. Its economy is based on the extraction and production of primary resources such as hydrocarbons, palm oil, timber products, gold and manganese.

The insurance industry in Gabon is governed in the first instance by the CIMA Code, The non-life market has traditionally been strongly influenced by the development of the petroleum sector. Per capita insurance spending is high relative to other markets in the region because it is artificially skewed by the traditionally high insurance premiums from the petroleum sector set against a comparatively small Gabonese population. Efforts by the local insurance supervisor to re-energise the market have been interrupted by a change of personnel.

The life sector continues to suffer from the difficult economic situation in the country .Individual death risk insurance remains under-penetrated and its growth has fluctuated as a result of the economic slowdown. Group business on the other hand has shown growth in recent years.