The Democratic Republic of Congo 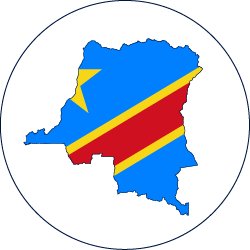 Information for the Democratic Republic of Congo can be seen in:

Most of the Democratic Republic of the Congo (DRC) is a low-lying plateau covered by forest, but there are mountains in the east and volcanoes along the Great Rift Valley, including Nyiragongo and Nyamulagira, the most active volcanoes in Africa. The great lakes of Albert, Edward, Kivu, Tanganyika and Mweru lie along the DRC's eastern border. The River Congo snakes through much of the north, then forms part of the border with the Republic of the Congo and with Angola.

The DRC has extensive deposits of copper, diamonds, gold, zinc and cobalt, and significant timber and smaller hydrocarbon resources. Yet, the bulk of the labour force works in subsistence farming, and many live in poverty.

There have been no published figures since 2015. The insurance regulator estimates the current market worth USD 850mn, although this may include both undeclared business and business historically placed abroad. Axco sources suggest a different figure.

After a period of a monopoly of non-life insurance except for personal lines (defined as life, personal accident and healthcare) was removed in March 2016, in 2020 there were eight non-life insurers and are the two licensed life insurers in the market approved to write business in the country. 12 brokers operate in the market and handle about 50% of non-life business. The small amount of life business that has historically been written in the country was mostly placed by brokers (often abroad) and also on a direct basis. The newly licenced insurers are likely to use these channels to access customers across the country, together with banks.