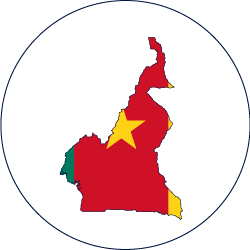 Information for Cameroon can be seen in:

Cameroon benefits from a broad-based economy with good agricultural potential, as well as mineral and hydrocarbon reserves. Oil production is the primary driver of growth but has been declining in recent years due to maturing oil fields. Other sectors are held back by one of the most impoverished business environments in the world.

Cameroon is not in an earthquake zone, but the volcano Mount Cameroon, which is about 60 kn (37 miles) from Douala, shows signs of modest activity; this brings some danger of tremors and the risk of a big eruption. The volcano has also, on occasions, released clouds of carbon dioxide which have suffocated people or animals in nearby valleys, and deposits of ash from earlier eruptions have caused landslides when loosened by heavy rains.

Cameroon is the second largest insurance market in the CIMA zone (behind Ivory Coast) but still relatively under-developed with non-life insurance penetration. 17 non-life companies were operating in the Cameroonian market in 2020. Most of the larger insurers in Cameroon have partnerships or shareholdings with banks and are looking to exploit the channel for non-life product sales. In the life market that is split almost equally between individual and group business,  there were 11 licenced companies.