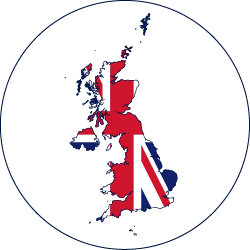 Information for the United Kingdom can be seen in:

The UK, officially the United Kingdom of Great Britain and Northern Ireland, is an island off Western Europe. It left the EU in 2021 after a 2016 referendum. The UK economy was the sixth-largest in the world in 2019. Real GDP grew by 1.41% in that year, but a combination of the effects of the COVID-19 pandemic and the withdrawal from the EU has resulted in the estimate for GDP growth for 2020 being cut to -11.93%.

In 2018 non-life premiums, including personal accident and healthcare, amounted to GBP 59.04bn, an increase of 20.3% compared to the previous year.

The UK insurance market comprises the domestic company market, Lloyd's and the London market. Over 1,300 insurance companies are authorised to write business in the UK, of which more than 900 operate in non-life classes. A substantial part of the insurance market, and almost the whole of the reinsurance market, is owned by foreign interests.

Insurers receive business from multiple distribution channels, brokers have most of commercial lines business, however, a significant proportion of personal lines policies are believed to be written directly by insurers, often through online facilities, or via banks or building societies.

The main natural peril is windstorm, although persistent heavy rainfall and consequent flooding in recent years has highlighted flood as a major exposure, for which a market pooling arrangement, known as Flood Re, provides capacity for residential properties in high-risk areas.