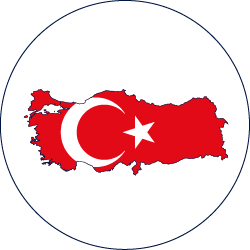 Information for Turkey can be seen in:

Turkey is a country bordering the Black Sea. European Turkey is mainly rolling agricultural land but Asian Turkey is mostly highland and mountains, apart from the coastal strips and river valleys. Although it applied to be in the EU in 1987, it has yet to be admitted.

IThe Turkish non-life market in 2019 remains relatively under-developed (penetration of non-motor insurance remains low). To improve take-up insurers are increasingly focusing on low-penetration sectors such as homeowners and SMEs, and experimenting with alternative distribution channels such as call centres, the internet, social media and the like.

n 2018 non-life premium totalled TRY 40.76bn. While the increase in premium looks impressive, in real terms, after the effects of inflation and declining exchange rates, there was no growth and in US dollar terms the market shrank.

Earthquake represents a very real hazard in Turkey, whilst flood and windstorm represent less of a hazard they did cause severe damage in 2017 in parts of Istanbul.