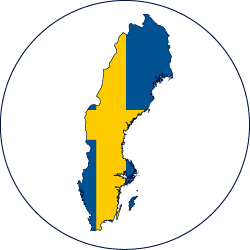 Information for Sweden can be seen in:

Sweden is a Scandinavian country, mostly covered in forest and lakes. Economic growth was expected to equal 1.04% in 2020 with inflation averaging 1.59% over the same period. The Swedish economy depends heavily on trade and has a well-developed and internationally successful industrial sector.

Sweden joined the European Union in 1995 and has not yet adopted the euro.

Total premium income in 2018 reported by non-life insurance companies was SEK 84.17bn (USD 8.67bn), of which a substantial proportion of around 40% related to foreign risks underwritten in Sweden.

In 2018 there were 77 Swedish non-life insurers, including about 35 captives, and about 40 larger local insurers; in addition there were around 40 foreign insurers, branches and agencies. The market is dominated by large groups.