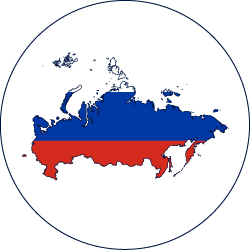 Information for Russia can be seen in:

Russia is the largest country in the world, spanning two continents and eleven time zones. Since 2014, premium growth has been challenging. In 2017 the total non-life gross premium income of RUB 984.97bn (including inwards reinsurance, PA and healthcare) contracted slightly by 1.58% compared to prior year.