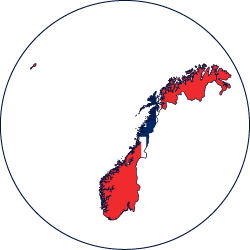 Information for Norway can be seen in:

Norway is a Scandinavian country with a coastline stretching from the Barents Sea to the Skagerrak strait in the south. There are numerous rocky islands and fjords. It has the world's sixth highest GDP per capita, amounting to USD 79,638, and the levels of unemployment, public debt and inflation are low.

Despite its relatively small population, Norway's insurance market is large by international standards and in 2018 was ranked 25 in the world in terms of non-life premium. In the same year, premium income for non-life insurance in 2019 totalled NOK 73.99bn, up over 7%.