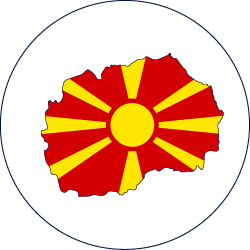 Information for North Macedonia can be seen in:

North Macedonia is a landlocked country with an area of 25,713 square kilometres. Approximately 25% of its population is ethnic Albanian. The country is predominantly hilly or mountainous, with warm and fertile river valleys. The only major city is the capital, Skopje, which has the largest concentration of heavy industries.

The insurance market is characterised by low insurance penetration, significant foreign ownership, the lack of a domestic reinsurance market and some exposure to earthquake, all set against a background of political uncertainty.

The non-life market, including personal accident and health, grew by 6% in 2019, down from the 9.4% growth recorded in 2018. There were 11 companies in the North Macedonian non-life market, and non-life growth has remained below 10% over the last 12 years, although loss ratios for the market have stabilised at a respectable level approaching 40% over the same period.