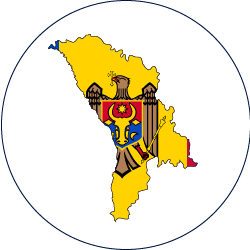 Information for Moldova can be seen in:

Moldova is a landlocked east European country sandwiched between Romania and Ukraine. It became an independent republic in 1991 after the collapse of the Soviet Union. A breakaway state, Transdniestr the territory east of the river Dniestr, has not been internationally recognized, and it has separate governments, currencies and legal systems.

The Moldovan insurance market is small with the non-life market ranked 129th in the world in 2019. Non-life premium income in that year (including inward reinsurance, PA and healthcare) was MDL 1.52bn, a growth of 7.44%.

The number of insurers in January 2021 was 11; one was a composite and 10 were exclusively non-life. Historically, distribution had been by head office, branches and agents. Brokers remain an important channel: there were 41 registered brokers in 2020 and 57 insurance agents, which appear to be corporate entities and banking and leasing entities.