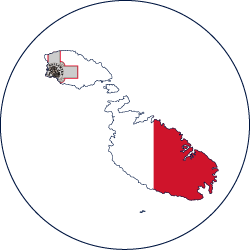 Information for Malta can be seen in:

The Maltese islands, comprising Malta, Gozo and Comino, are situated in the Mediterranean Sea, 93 kilometres south of Sicily. Colonised by Britain in1814, it achieved independence in 1964 and joined the European Union (EU) in May 2004. The Maltese economy is dominated by services. While tourism is the primary driver of the service sector, other industries, particularly financial services and telecommunications, have grown in importance in recent years. Banking, investment and fund management companies dominate the financial services sector. The insurance sector has been dominated by foreign, particularly British, companies, but local agencies have now bought their portfolios and converted into joint stock insurers.

The domestic insurance market in Malta is small with both penetration as a share of GDP and per capita premium spend substantially lower than the average for the EU. Figures produced by the Malta Insurance Association (MIA) for non-life business put premium income for 2019 provisionally at EUR 217.75mn, with a sizeable proportion written locally on behalf of foreign insurers, mainly healthcare insurance but also a variety of business; some is written by Lloyd's coverholders.

At the end of March 2020 there were five main insurance companies active in the non-life insurance market, including two composite insurers, plus two companies represented by agencies; underwriters from the Lloyd's insurance market are also active through intermediaries. Over 40 insurers write business in other EEA countries, not locally. Malta has developed into a captive management centre; seven captives and most of the major captive managers were registered in the market in 2020. There were 15 protected cell insurers (with 59 cells), including one domestic insurer.