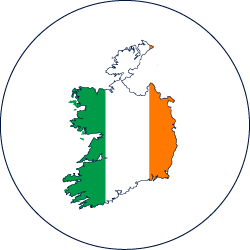 Information for Ireland can be seen in:

Ireland is one of the smallest EU countries with an estimated population of 4.94 million in 2020, although experiencing the highest population growth in Europe over the last decade, mostly due to work-force immigration.

The onshore and offshore (re)insurance and captive markets centred on the Dublin International Financial Services Centre (IFSC) continue to grow in income terms, especially after the UK’s Brexit referendum.

In June 2020 there were 93 Irish-domiciled non-life insurance undertakings, plus 31 companies with head offices in other EU member states (including Lloyd's representative office, and a branch of Lloyd's Insurance Company, Brussels), and one local company under administration. In addition, there were 830 non-life insurers authorised to do business in Ireland on a freedom of services basis. The Irish non-life market is, however, primarily in the hands of international groups and two local companies plus Lloyd's underwriters.