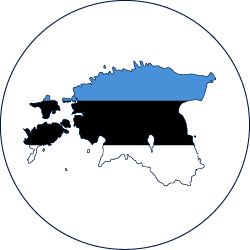 Information for Estonia can be seen in:

Estonia is the smallest and most northerly of the three Baltic states and for most of its history has been controlled by foreign powers including Denmark, Sweden and Russia.

Estonia's modern insurance industry has been in existence for over 25 years and even though the market remains small in European and world terms, it continues to develop slowly but positively. Motor own damage (MOD) is the largest class of business within the P&C market followed by compulsory motor third party liability (MTPL) and property insurance

In January 2020 there were 12 active non-life insurers in the market plus the Estonian Traffic Insurance Fund. There were five life insurers: including two bancassurers. Most companies are branches, are foreign-owned, or have a significant foreign shareholding (mostly Nordic), and often form part of pan-Baltic and pan-Nordic insurance groups.

Estonian non-life insurance is sold in a number of ways but while the use of a broker predominates, insureds are increasingly going online to buy insurance.