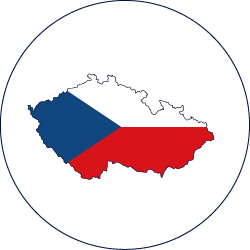 Information for the Czech Republic (Czechia) can be seen in:

The Czech Republic is a central European country comprising the three historical areas of Bohemia, Moravia and Silesia. It has a strong export manufacturing base, balanced by growing financial services and tourism sectors.

The country is a member of the EU, and its insurance legislation is based on EU insurance directives. Most of its insurers are branches or subsidiaries of EU-based groups, which cede their reinsurance to group captive reinsurers. Many of the Czech Republic's industries are either owned by EU multinationals or closely integrated into EU supply chains. The process of EU integration is so advanced that there are few distinctive features of the market environment other than the high flood exposure and insurers' limited appetite for flood risk.

There has been quite strong organic growth of non-life premiums since 2015. Because of the number of large programmes which previously ran out of Prague, the city had developed into something of a regional reinsurance centre. However, the amount of business placed through Prague has diminished over the last few years. Issues faced by the life market in recent years have been high distribution costs in the form of commissions paid to intermediaries, miss-selling, and high surrender and lapse rates caused by churning