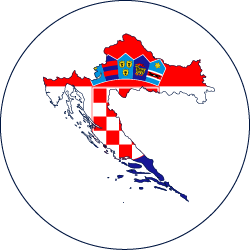 Information for Croatia can be seen in:

Croatia occupies the eastern seaboard of the Adriatic and extends inland to form part of the northern boundary of the Balkan Peninsula. Its most remarkable geographical features are its long coastline and many islands and much of the economy is heavily reliant on Adriatic tourism. Croatia is one of the six countries which emerged from the break-up of the former Yugoslavia in 1991. It joined the EU in 2013 and aspires to join the euro area in 2022.

The Croatian P&C market is unusual in east European terms in that domestic insurers still occupy commanding positions in the three largest insurance classes. In 2019, non-life premiums were up by a remarkable 11.3% year-on-year, partly because of the growing economy and the inclusion of premiums written by Croatian insurers elsewhere in the EU.

The Croatian life market has been virtually destroyed by the simultaneous impact of declining interest rates and Solvency II. For the future, insurers are hoping that a re-energised agency force will sell regular premium unit-linked for savings and term life with additional protection riders for family security.

In 2020, 15 direct insurance companies were registered in Croatia, of which three were life, four were non-life and eight were composite. There were also two composite branches from Slovenia operating on a "freedom of establishment" (FOE) basis. There are three insurance groups comprising insurers and pension funds.