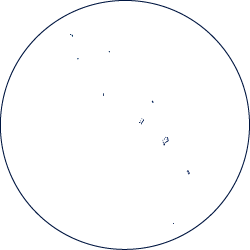 Information for Tuvalu can be seen in:

Tuvalu, formerly known as the Ellice Islands, comprises nine small islands in Polynesia situated almost midway between Hawaii and Australia. The nation achieved independence from the UK in 1978.

It is one of the world's smallest independent nations, with a total surface area of 26 square kilometres distributed over 1.3 million square kilometres of the central Pacific. No point on Tuvalu is higher than 4.5m above sea level.