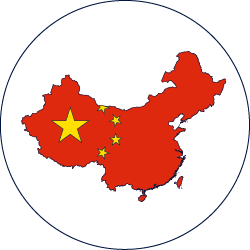 Information for Taiwan can be seen in:

Taiwan, also known as the Republic of China or Formosa, has a land area of 36,179 square kilometres. Its economy has only a small domestic consumer market and economic success has been achieved through the development of its export sector.

The country is exposed to earthquake and flooding, especially resulting from typhoons, which occur between May and October.

Total market premium in 2017 was TWD 3.59trn, of which non-life premium including PA/health written by the non-life market amounted to TWD 166.81bn, a growth rate of 7.25% over the previous year.

There are 15 locally registered and operating direct insurers in Taiwan, including a co-operative insurer managed by the Non-Life Insurance Association for the fishing vessel fleet. In addition, there are six branches of overseas insurers, and two representative offices of Japanese insurers. There is one local reinsurer and two branches of foreign reinsurers. The direct market is dominated by the local insurers.

The country is exposed to earthquake and flooding risks, especially resulting from typhoons.