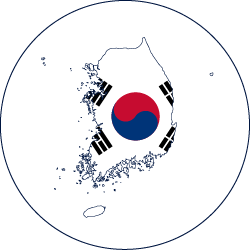 Information for South Korea can be seen in:

Since the 1970s the Republic of Korea has transformed itself into one of the world's leading economies. Its spectacular economic growth was based on state-directed, export-oriented manufacturing dominated by a small number of family-controlled conglomerates known as "chaebol". In early 2018, the government classified 45 companies as chaebols, of which the ten largest owned over 27% of all business assets nationally.  Korea's economy is based on export-oriented manufacturing despite the growth of the service sector.

Non-life premium income in 2018 was KRW 89.97trn. The non-life market has an unusual structure in the sense that long-term business accounts for over 70% of premium income. Long-term lines include corporate and individual pensions as well as personal accident, personal property, sickness and medical expenses.

The Korean non-life market comprises 10 domestic multiline insurers, one direct motor monoline, three credit and guarantee insurers and nine foreign branches or subsidiaries. The market is dominated by four domestic companies, which are all associated with leading "chaebol".

Insurance distribution is mainly in the hands of agents, "solicitors" and insurers' in-house production departments. Deregulation has allowed the emergence of new distribution channels such as bancassurance, direct writing and the internet.