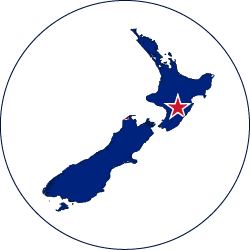 Information for New Zealand can be seen in:

The most distinctive feature of the New Zealand insurance environment is the existence of two state-owned entities, the Accident Compensation Corporation (ACC) and the Earthquake Commission (EQC), which provide no-fault accident compensation and first-loss household earthquake insurance, respectively.

In 2019 New Zealand was the 32nd largest non-life market in the world. That year member companies of the Insurance Council of New Zealand (ICNZ) wrote gross premiums of NZD 6.88bn, but premiums and levies paid to the ACC and EQC took the market total to around NZD 11.88bn. Non-life insurance accounted for 2.15% of GDP, equivalent to USD 920 per capita.

There were 83 active insurance companies licensed, of which 45 were non-life and eight were captives.

New Zealand is exposed to earthquake, volcanic eruption and to a lesser extent cyclone and flood. A series of earthquakes around Christchurch in South Island in the two years following September 2010 produced estimated insured losses of up to NZD 39bn