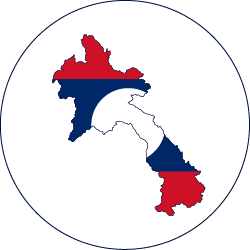 Information for Laos can be seen in:

The Siamese ceded Laos to the French in 1893 in a treaty bringing the country into the Union of Indo-China. After occupation by the Japanese in World War 2, the French first recolonised and then withdrew from the country. Internal struggles followed between royalists and communists backed by North Vietnam. Laos is now a one-party state controlled by the Lao People's Revolutionary Party (LPRP).

Significant economic and infrastructural developments are underway in Laos, including a USD 6.7bn railway link built between China and Laos (in which the Lao government has a 30% stake financed from borrowing from the Export-Import Bank of China) as part of China's Belt and Road initiative.

The number of licenced companies in Laos' insurance market has expanded from seven at the end of 2014 to 22 in the first quarter of 2019 (with approval of two additional licences pending).

After many years in which foreign broking interests wholly dominated major project and property insurances (especially major construction project business), it is interesting to note that in 2018 and 2019, the regulator licensed some five new local brokers.