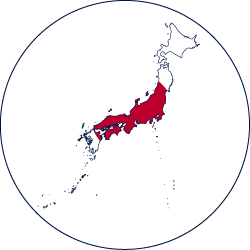 Information for Japan can be seen in:

Japan was opened to the outside world in 1854 by a US expedition led by Commodore Matthew C Perry, ending 300 years in which foreigners were prevented from landing in Japan. In 1859, non-life insurance was introduced to Japan by a foreign company based in Yokohama; twenty years later, the first domestic insurance company, Tokio Marine, was established. Japan has the third-largest non-life market in the world after the US and China, with a total premium volume of JPY 12.19trn and the third-largest life market.

The non-life market consists of 30 locally incorporated insurers and 15 foreign branches, and around 40 co-operative insurance associations. There are also 101 so-called "small-amount short-term" insurers, a restricted class of insurance carrier. The P&C market is divided roughly 75:25 between conventional insurance companies and co-operative insurance associations, which write mainly household business. Some of the market's huge premium volume - particularly in the co-operative sector - is represented by long-term savings-type policies. Despite Japan's advanced industrial economy and high exposure to earthquakes and typhoons, the property account is massively underinsured.