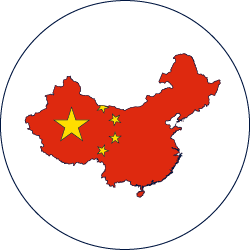 Information for China can be seen in:

China is the fourth largest country in the world after Russia, Canada and the US. as ruled by an emperor until the republican revolution in 1911. It is a one-party state ruled by the Chinese Communist Party. The party has increased its grip on power since Xi Jinping became president in March 2013 and abolished presidential term limits in March 2018.

As a result of more than two decades of export-led growth China now has the second largest economy in the world after the US, with a GDP of approximately USD 15,805,596.72 mn.

Non-life insurance premiums grew in 2019 to CNY 1.30trn, mainly because of increasing government support for agriculture, health and liability lines. Non-life insurance penetration (excluding accident and health) was 1.34% of GDP, equivalent to around USD 131.41 per capita.

The Chinese non-life market comprises 67 domestic companies and 22 foreign subsidiaries. The market is dominated by the state insurance company, the People's Insurance Company of China. The foreign subsidiaries had a collective market share of slightly under 2.0%.