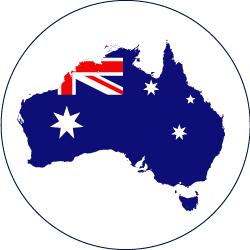 Information for Australia can be seen in:

Australia is a federation of six states and two territories. Although it is only the ninth-largest non-life market globally, it has a complexity and interest that rivals that of the US as the administration of justice is a state responsibility. Axco reports cover information from all states/territories and the commonwealth government.

Australia has nine workers' compensation systems and eight systems for compulsory motor third party. The country also has a highly evolved common law legal system, massive gas and mining industries and a moderate-to-severe exposure to every natural peril. Australia was a pioneer of risk-based capital and prudential supervision of insurers and is now a front-runner in the field of insurance consumer protection. Although the market is well-penetrated by branches and subsidiaries of multinational insurance groups, more than two-thirds of property and casualty premiums are written by domestic insurance groups.

The Australian life market has been undergoing a period of profound structural change within the past five years driven by regulatory reform, competitive pressure, historically low-interest rates and a changing consumer. A significant feature of the domestic life market is the predominance of yearly renewable term (YRT) contracts, estimated to account for around 80% of in force life insurance policies. Such "stepped premiums" provide the cheapest possible cover at inception and so are easier to sell in intermediary dominated distribution.