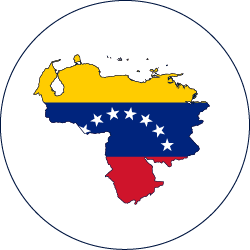 Information for Venezuela can be seen in:

Since the discovery of oil in the early 20th century, petroleum has contributed substantially to Venezuelan government revenue, accounting for over 96% of export revenue and approximately 25% of GDP. Venezuela's oil-fuelled boom, which was built on exports, has dissipated due to declining output, low investment, poor incentives for outside capital, and depressed commodity prices from mid-2014. The fall in revenue and subsequent interventions have precipitated multiple devaluations. The economy continues to face some of the highest rates of inflation in the world.

There has been a major contraction of market premiums in hard currency in the inflationary environment which spiralled into hyperinflation from 2017. Total market premium income for 2018 was VES 26.1bn, of which non-life premiums accounted for 59.4%.

In 2019 there were 48 insurers licensed to operate, one of them under regulatory supervision. Most were composites registered for both general (non-life) and life classes, with four registered for non-life only and one for funeral insurances only. There were also 16 co-operatives, all dedicated mainly if not exclusively to motor business.