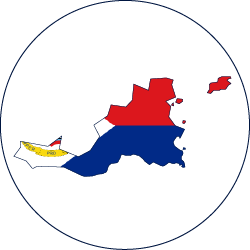 Information for St Martin can be seen in:

Saint-Martin is an overseas collectivity of France in the West Indies in the Caribbean that encompasses the northern 60% of the divided island of Saint Martin, and some neighbouring islets, The southern 40% of the island of Saint Martin constitutes Sint Maarten, which has been a constituent country of the Kingdom of the Netherlands[2] since 2010. Collectively, the two territories are known as Saint-Martin / Sint Maarten.