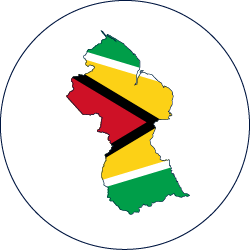 Information for Guyana can be seen in:

Guyana is bordered on the north by the Atlantic Ocean, on the east by Suriname, on the south by Brazil and on the west by Brazil and Venezuela. The Guyanese economy is based on agriculture and mining and is highly dependent on global commodity prices. It is also largely state-owned, although the government is committed to liberalisation initiatives and attracting foreign investment. Guyana is one of the poorest countries in South America: there is a significant informal economy which some observers have estimated as equivalent to around 30% of the formal economy.

Insurance penetration rates are reported to have improved, but remain low. Distribution channels are mainly brokers, tied company agents and direct contact between insurer and client.

The life market is oriented towards protection products rather than savings: growth in the sector is usually driven by demand for credit and mortgage facilities, aligned to the prevailing economic climate. Products themselves are very traditional, partly due to an absence of quality long-term investment options for insurers.