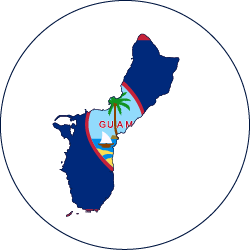 Information for Guam can be seen in:

Inhabited for more than 3,500 years, the discovery of Guam in 1521 by Ferdinand Magellan led to its coming under Spanish rule. It was ceded to the US in 1898 following Spanish-American war and is now an organised, unincorporated territory of the United States of America. The Guam insurance market regulator is a member of the National Association of Insurance Commissioners (NAIC).

Guam's economy and insurance market  is heavily dependent on tourism and military expenditure. In 2017, there were 257 admitted insurers in Guam of which 223 were foreign (US) companies, 17 were alien (foreign, non-US) companies and 17 were domestically incorporated companies. The distribution system is dominated by managing general agents acting for insurance principals. Non-life (P&C) premium income (excluding personal accident and health written as property and casualty business) increased in 2017 to USD 192.60mn.

Statistics in Guam do not distinguish between group and individual life insurance, but Axco sources provide an approximate split.