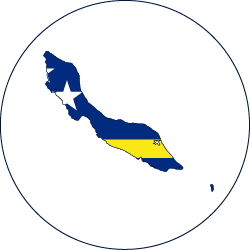 Information for Curacao can be seen in:

Curacao is the largest and most densely populated  of the Dutch Caribbean islands which as a group is relatively affluent, particularly in comparison to its Caribbean neighbours. Curacao is the island least dependent on tourism; though tourism remains important to its economy, it also has an energy sector and a refinery.

The terrain of Curacao ranges from lush vegetation and rocky hills to arid desert. Curacao has a large, sheltered anchorage called the Schottegat, which opens to the Caribbean Sea through a deep, narrow channel called St Anne's Bay.