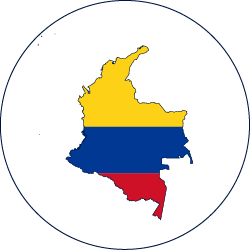 Information for Colombia can be seen in:

Colombia is the fourth largest country in South America, approximately twice the size of France. In 2019, its insurance supervisor, the Financial Superintendency of Colombia (SFC), was responsible for monitoring: 24 non-life insurers, 19 life offices, two co-operatives, 45 corporate brokers (31 direct and 14 reinsurance) and 18 foreign reinsurers.

Motor, with growth of 6.6%, is the leading non-life class accounting for almost half of premiums (excluding PA and healthcare). This is one of the lines where implementation of premium insufficiency reserves for individual lines of business, beginning to take effect from April 2017, reportedly had an impact, leading to rate increases and the combined operating ratios for voluntary motor business coming in below 100% in both that year and 2018 for the first time in at least a decade. Despite pressure from reinsurers since 2017 and a change in the method of calculating earthquake exposures to cover a 1,500-year event, primary property rates did not begin to rise until 2018 or even 2019, when local sources repeated that the market did at last appear to show signs of hardening.

The social security system aims to cover the whole population without discrimination, with the result that beneficiaries include not only those affiliated but also their family economic dependants. Affiliation is contributory (by all employees and the self-employed) and subsidised (for those who are unemployed or of severely limited income).