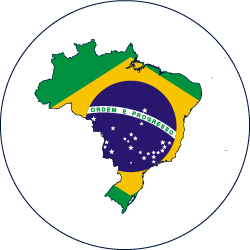 Information for Brazil can be seen in:

Brazil is the largest and most populous country in Latin America and the fifth largest in the world in terms of size and population. It borders all South American countries except Chile and Ecuador. Brazil is divided into 26 states and one federal district, which encompasses the capital Brasilia. These are further subdivided into 5,570 municipalities. The climate can vary considerably from tropical in Amazonas state to temperate in the country's southern region.

Its insurance market is the largest in South America. The non-life (property and casualty) market is dominated by motor, with a share of 53.3% in 2019. Property accounted for 25% of total premium in that year. The most significant compulsory insurance class is personal accident cover protecting anybody involved in a motor vehicle accident. Known as DPVAT, this is bought at the time of acquiring a vehicle or renewing the annual car tax. Local bank-related and other insurers had moved away from the more significant commercial sector to concentrate on personal lines and SME business.

A solid regulatory framework for microinsurance was established in 2012, and could be a potential growth area in the longer term, but it is presently minimal and in early 2021 was relevant primarily for life products.