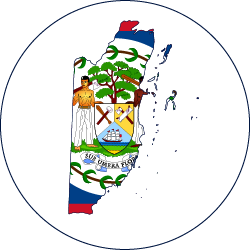 Information for Belize can be seen in:

Belize is the second smallest country by landmass on the mainland American continent after El Salvador. Originally colonised as British Honduras in 1871, the country was officially renamed Belize in 1973 and granted independence in 1981. The economy, once based on agriculture and forestry, now relies on the service sector, especially tourism. Offshore data processing and telemarketing activities are also increasingly important.

The major natural perils are windstorm and flood, and some degree of earthquake exposure is recognised. Windstorm losses affecting Belize seriously were Hurricanes Richard in 2010 and Earl in 2016. Irma and Maria, in 2017, caused heavy rains but were not deemed to be windstorms locally.

Social security is handled by the Social Security Board (SSB). Insurance and pensions in Belize are supervised by the Ministry of Finance through the Office of the Supervisor of Insurance & Private Pension (OSIPP).