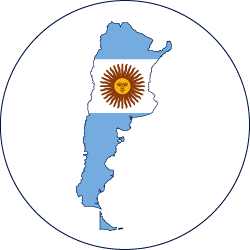 Information for Argentina can be seen in:

Argentina is the second largest insurance market in Latin America after Brazil.  It remains fragmented with 189 insurers authorised to operate in June 2018 (225 in June 2000). Of these, 121 were non-life including composites, 13 were specialist workers' compensation (WC) insurers (ARTs) and five were public vehicle passenger insurers.

Most business is handled by brokers and agents, with the former encroaching more and more on agents' traditional small and medium-sized business segment. Bancassurance has retracted slightly, but still handles some personal lines insurances, which are also sold through retail outlets and public utilities. Despite the increasing use of the internet, sales of non-life products through this channel are not yet significant.

Exposure of the insurance market to natural hazards is fairly low, as illustrated by the worst drought for some 50 years in 2018, where an estimated economic loss of USD 5.1bn saw estimated insurance losses of only USD 200mn. Earthquakes usually occur in the sparsely populated areas near the Chilean border in the northwest. Floods are a seasonal and predictable peril, affecting provinces along the Uruguay and Parana rivers. Damage is often uninsured. While windstorm is not a serious problem, hail has been known to cause serious insurance losses, not least in the agricultural sector