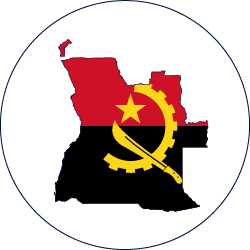 The Angola life and benefits market report provides a comprehensive, impartial analysis of the life insurance market of Angola.  Information extends to extensive detail on healthcare (public and private), pensions and benefits, and social security. Specialist researchers visit Angola and interview local professionals working across the local market. The report is updated with new information and data regularly throughout the cycle of country visits.

The report provides information about Angola’s demographic profile and assesses its economic, political, climate, operational, and security risks. Key data on the investment environment in Angola is available.

Axco’s report describes the regulatory framework that applies to the Angola domestic life insurance sector, including whether non-admitted insurance is permitted in Angola; as well as the legislation necessary to know regarding Angola’s healthcare, pensions and social security.

Axco provides details on the life insurance sector including Angolan market participants, reinsurance and distribution channels. The reports describe classes of business from both individual and group life such as whole life, endowment, term life and unit-linked.
Information on non-life classes for example critical illness and private medical insurance.

Axco reports on the three pillars of Angola pension provision.

The Angola report provides an in-depth analysis of the regulatory framework governing social security as well as details on financing and eligibility. Information includes but is not limited to

Below are brief extracts of information from the Angola Life & Benefits Report; more updated information may be available in the latest published report.

The Angolan insurance market continues to operate under challenging conditions. The life market in Angola is small and constitutes just 2.23% of total insurance market premiums. Life premiums were AOA 3.12bn in 2018, an increase of 64% compared with the previous year, but has contracted in USD terms.  A feature of recent years has been that Angolan companies and individuals have ...

Back to Report Store