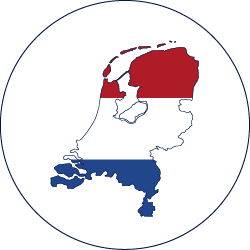 Information for The Netherlands can be seen in:

'Netherlands' from the Dutch Neder-landen, meaning low countries, reflects the 24% of land mass below sea level and more than 18% of which is water. Reclaimed land makes up approximately one-fifth of the total area. In addition to the European territory, The Kingdom of the Netherlands is also responsible for the Caribbean islands of Bonaire, Saba and Sint Eustasius, as "special municipalities", especially in respect of taxation and insurance supervision. The market is mature, with an insurance premium payment recorded in Amsterdam in 1598.

A specific feature of the Dutch non-life market is the statutory compulsion to effect health insurance, this class is by far the largest in premium volume and is dealt with by the Axco Life and Benefits report. Of the balance of non-life premium volume, the two major components are motor and property (including business interruption, engineering and construction). Other classes are written in the country, marine and transport, trade credit, bonding, liabilities including financial lines, after the event legal expenses - huge but unaccounted for premium volumes are either written offshore or by local branches of EU companies. The Netherlands is also home to a plethora of small and localised mutual insurers, mainly in the agricultural business, and which have special rules applying under the Solvency II regime.